raised by swans has visited Iceland often over the past decade, and began writing the songs for Öxnadalur there in the winter of 2011, staying alone in a farmhouse close to Hraun, the birthplace of poet, author and naturalist Jónas Hallgrímsson.

In 2013 he was invited to design two signs (minus text) in support of the inhabitants of Öxnadalur’s wishes to keep overhead power lines out of the valley – specifically, Landsnet’s proposed Blöndulína 3 power line project.  The signs currently stand in the valley alongside the main road; the smaller textless signs in grassy fields to the north and south, and the main sign on the periphery of a small turnoff of its own, in front of Hraun.  This sign is referenced in Hraun í Öxnadal-Fólkvangur, a 2014 book by Bjarni Gudleifsson, who included its image in an epilogue detailing the protective actions being taken on behalf of the valley by its inhabitants and others.

The documentary Línudans, which focuses on the progress of Skagafjörður and Eyjafjörður-based farmers and landowners struggles against Landsnet, was released in 2017; both signs appear briefly within the film.

Öxnadalur is named not only for the valley which inspired its creation, but also as a tribute to Jónas Hallgrímsson.  The cover of Öxnadalur shows Hraundrangi, the gathering light in the sky above the mountains representing the formation of Hallgrímsson’s ‘Star of Love’, from his poem Journey’s End.

raised by swans lived in the remote settlement of Norðurfjörður over the spring and summer of 2018, during which he tended a local grocery shop, delivered mail, collected eiderdown, and explored.  In 2019 he planted 10,000 birch trees in Öxnadalur, working by himself. 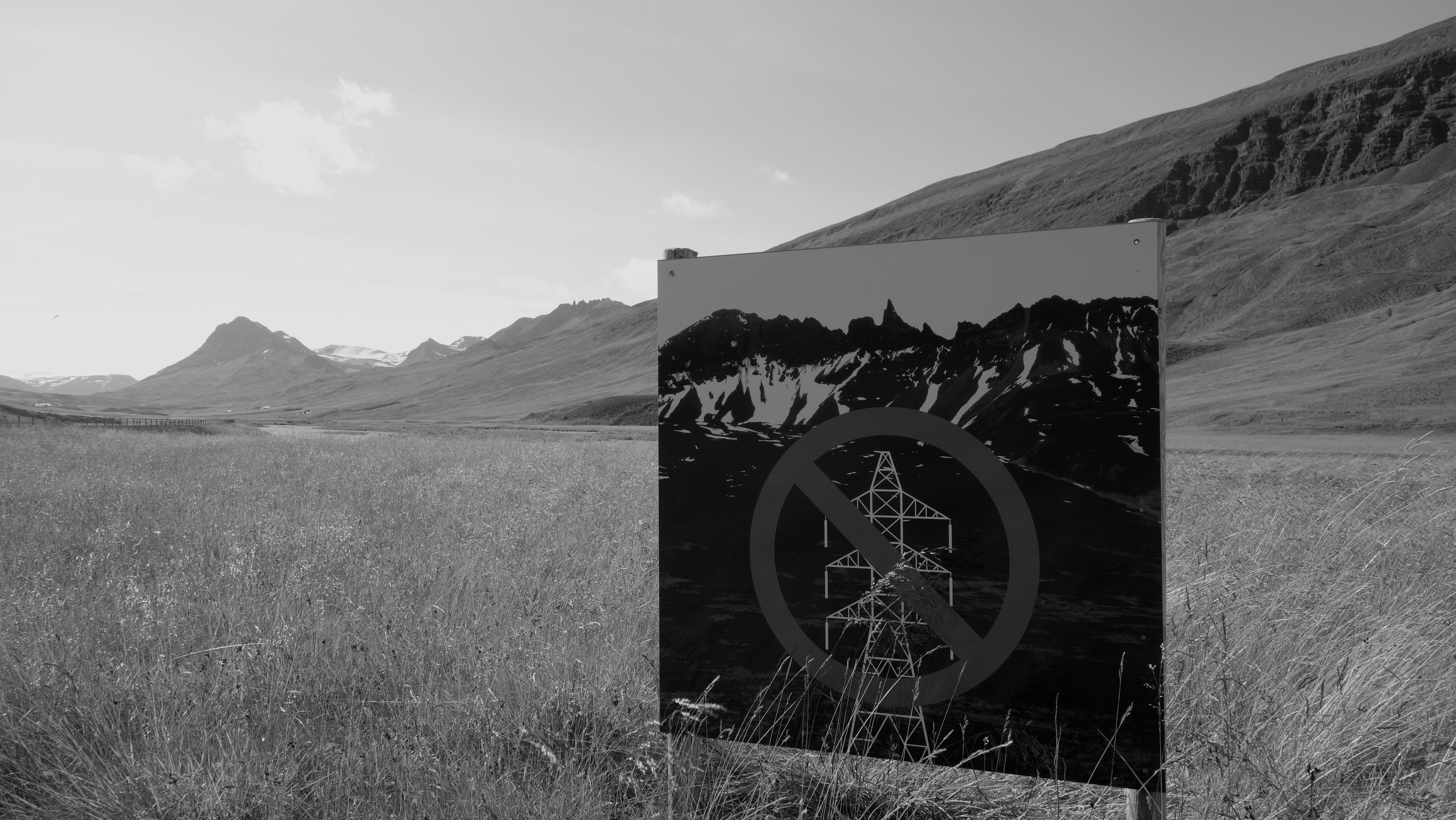